Perfection is a malady of the soul. 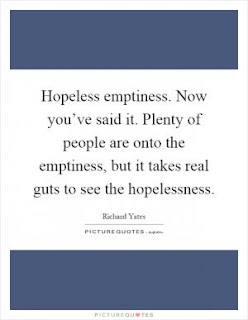 I wrote what is below the second quote the night of the eclipse and saved it not sure I would ever post it.  I often use this blog as a journal and this particular one I knew I may need it in the future.  I hadn't expected how quickly that future would be.  I wrote it to remind myself when days, plural, like this past weekend have come along to find some solace - not in other's experiences but my own.

I have said before I am very grateful I am not prone to nor ever suffered from clinical depression an insidious silent disease that also falls in the invisible category.  I have tried very hard to be mindful to the best of my ability to delineate between being sad about dealing with an illness that has paradoxically no answers or cure yet hundreds upon hundreds of possible treatment protocols versus what someone suffers from with clinical depression.  The madness that there are no protocols mainly due to lack of research because for so long no one was believed.  Thus we all are left to follow anecdotal patient based cures that can make one question everything they have tried and think they have never tried enough.  Often I am in the position of waxing and waining between a new normal of stability and say is this good enough to possibly risk a treatment that could take you back to days when you were immobile day after day?

This past weekend I had a glimpse into what clinical depression may feel like - for me it was a darkness and despair that I had not felt since I lost my grandfather at ten years old.   When I lost him without warning I felt as if I lost a part of my soul.  This weekend the grief felt familiar; a visceral pain.  It was consciously knowing something will give but having no power to make that change.  The scariest part for me was that I could not hear about anyone else's joy; which is something that normally comes quite effortlessly for me.  I could not hear their pain either but mostly their joy when I felt so much joy had been withheld from me.

This pain was not brought on by my illness, but like everything in my life the claustrophobic nature of this illness, lack of outlets, comfort food, a long walk, etc. magnified it to a breaking point.   It was a pain I knew I had to be with while others helplessly watched.  I knew there was no one that could bring me back except myself,  yet I was not sure I wanted to come back.  In some way I needed this pain, I could no longer continue to pretend that this life feels like enough yet I could not keep fighting other non existent battles that are pointless and trite.  The fight I normally have or the compassion to let things play out I wanted none of that…I needed to feel the pain to get to the other side.  This mental, emotional and physical pain deserved its space; what scared me was how long would it require.

On top of this was the cruel irony a mere two weeks ago I had said to my doctor I think I am on my way I can feel getting better only for the next day to collapse in epic fashion.  This past weekend it was the perfect storm, the water was too hot, the specific circumstances felt to mean and then like a bullet the last 8 years or more of this disease shot through me with a force that shattered me whole.

Thank you all in advance…I write for myself and I write for anyone else out there living with this disease, another or feels misunderstood.  But mostly I'm trying to write in the spirit of the book I got in the mail today "The Subtle Art of Not Giving A F'ck, by Mark Manson.  As for Yates well if you get to the end of the story, like the Monster at the End of the book…I'll tell you why... 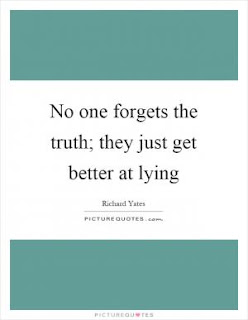 This week and a half my sailor's mouth has reached an all time high.  This illness has tested every last fiber of my patience.  I have been confused about treatment options and the added pain literally and figuratively of a compounded acute situation has left me in a dizzying array of insanity.  I reflect on how awful this week and a half has been and may continue to be for awhile;  yet on the flip side how absolutely hilarious it has been in its calamity.  The knock out drag out humor that has accompanied the frustration of inhabiting this vessel that seems to follow one rule; don't follow the rules.

It is like this illness is an epic bad road trip that has taken me through ditches and flat tires and a tank that only knows one level empty.  We have barely made it up mountains and careened through valleys and somehow I am still here.  I am still here and I am okay.  But I am here because of the people that have sat shotgun; oh wait wouldn't that be nice - but I'm not driving…so apparently I am still here in-spite of everyone being bat shit crazy behind the wheel!  This was not what I had envisioned when I hoped I would tackle a brave enough life to take the road less traveled; but it is the road I was given. I often would do anything to give it back and that is what brings me to tonight…the moment of grace.

There is an extraordinary part of this illness when you are not in the storm of survival or hit the wall of surrender; in these rare times of quiet and peace everything slips away and you are left with what is right in front of you; and tonight for as far as the eye could see all I saw were all the people that have stood next to me and picked me up again and again when I didn't think I could do this life another day.  Tonight I was graced with this  extraordinary feeling that often feels as rare as yesterday's eclipse and it's beauty and rarity takes your breathe away.  I currently feel like the historian of my own moment because I know it is fleeting, I know that the chaos will not magically disappear tomorrow and I need this recorded so I can look back and say you saw it...the clouds parted and like a scene in the movie where time stands still or a near death experience and your life flashes before you - it all flashed before me and I was left in my living room bathed in grace.  I was messaging three people simultaneously, my phone was ringing with one of my best friends and while I was writing this one I stopped to answer the call of another.  And it all was so clear, like the meditation I do with my friend Cara it was the glitter in the snow globe gracefully settling to the bottom and when it did all I had was clarity. 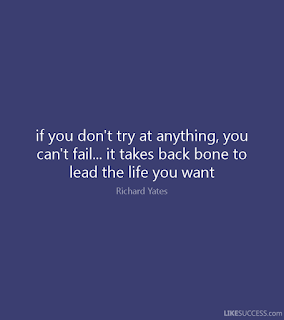 That clarity was an image of someone was holding out a silver platter and giving me a shot to take this illness back and as I reached for it I knew I could not take it.  Even if I could, I would not despite it being something I have wished again and again for...  In this moment tonight in every cell of my being I knew if I had the opportunity to accept that platter I had to give back all the relationships new and old in the form they are now and that is a sacrifice I wouldn't be willing to make.  I am certain of little, however there is no denying the certainty of the sliding doors of this new life changed the path of the people in it.  Does that mean all of my relationships are perfect, come on now this isn't a fairy tale and it would be boring as hell if they all were.  In this moment despite this beautiful silver platter a fingertip away I just could not grab ahold.  The oddity of this is it did not feel like a tease or a cruel joke, it was a chilling awareness in the depths of my being that the person holding that platter would need to walk away.

I can't explain how badly my intellect wanted to take it.  I imagined what it would be like to be able to take my nieces and nephew by myself for an adventure.  I was back in an instant staring at the Mediterranean's deep blue waters and radiant sky.  A thousand things flashed through my mind as I sat in silence at this mythical image and then sent them away. 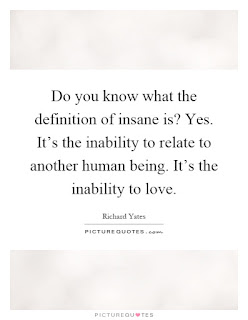 To date this is by far the most humbling and awe inspiring feeling of empowerment from someone that more often than not feels powerless.  This dreamlike experience lasted perhaps a nano second maybe fifteen minutes...I have no idea time was suspended just as reality.  It was a moment where the air changed and a chill runs through you and then you snap back.  It certainly doesn't mean I would like to continue this pot hole filled road; but for a moment at least I didn't want to throw that platter in someone's face and say it's about time... 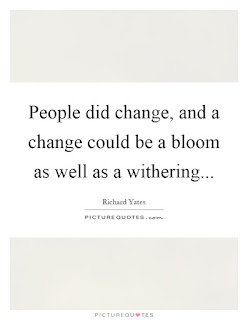 This illness has changed the dynamics of every single person in my life - not by choice but by reality. All illnesses are not an island, your illness careens through every person in your wake…and I have found for myself;  being the one afflicted it is also my responsibility to accept those changes.  I don't   alone own the grief, the sadness the heartache…everyone you love and that loves you shares in that and they will all deal with it not always the way you had hoped or desired but it is theirs too and you have to find a way to accept that, absorb that and make peace with it or I have found anger and resentment are your only rewards. 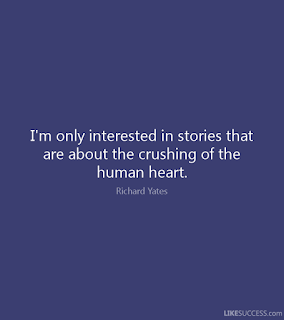 As I am attempting albeit quite clumsily to wrap up this post as clear as a bell Yates pops into my mind.  I am no literary scholar, embarrassed to say have never read Yates, yet after googling some quotes Yates and I seem to be on the same page right about now for the preface of this story, not in talent but in emotion.  So this one goes out to all the literary giants that would most likely be rolling their eyes at the pedestrian nature of a blog and something about that makes me laugh and feel small, not small as inferior but small in that eclipse kind of way - that for a moment we were all the moon.