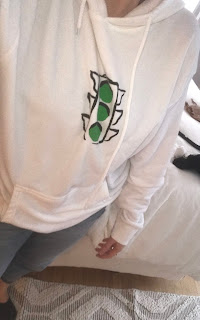 https://greenlights.com/
Maybe it was the new sweatshirt. I’m not much of a sweatshirt girl; baseball hats either. I’m firmly convinced there are the women that can pull off the alma mater sweatshirt and baseball hat looking chic and reminiscent of younger days; I never was one of those girls. I certainly don’t own a hoodie. When I went to order myself a copy of Matthew McConaughey’s Greenlights book and it was back ordered I figured I’m guessing I get the gist; but decided a white hoodie was in my future and a baseball hat.  So today with my jeans and unusually not completely unflattering crisp white hoodie with the motto of Mr. Alright, Alright, Alright I had the energy to do what I have been wanting to for the last 6 months; organize my closet. Found a few little gems; this one of them and a lot of old belts that may have fit in 1995. 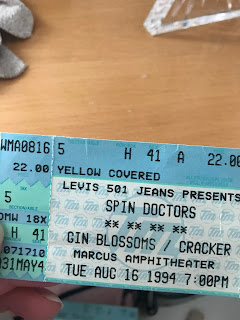 I know many people this was among their first COVID tasks; apparently there is some show about the joy of decluttering - bet a number of people were cursing her advice as they looked at their de cluttered house when a pandemic hit. This has been a theme I’ve discussed when you are mainly homebound your space is your world and your world is more enjoyable if visually appealing. However, the art of organization is not one of my strong suits. Too much organization or perfect cabinets definitely make me a bit edgy. However, in Phoenix I am spoiled by the OCD nature of Christine. Prior to that in WI neighbors would stop and complement my x on how clean our garage was....I once took a photograph of our bathroom drawers when the two of us were in a rental in Phoenix for my treatments. Damn it; wish I had that picture. Well I do it’s just on some thumb drive that is possibly been in my wallet zipper pocket for a decade, or a computer I don’t know how to get it off of, or that other thumb drive that just appeared out of nowhere. It was a good picture. I just found it funny; like what would it feel like to be thar organized? He had lined the already pristine clean drawer with a perfectly folded white towel. Everything was in a straight line in a logical order of use. And then a leather dob kit fit perfectly next to the rows of toothpaste, toothbrush, razor etc. Sometimes it’s best not to share toothpaste. Solves a lot of problems. My drawer on the other hand; a variety of misaligned items searching for some order. But drawers close right ?

Anyways, I’m not messy but highly organized I am not. Heck, I’ve had the same address book for 20 years so scribbled and most people filed under an order that only makes sense to me. But I’ve been getting a bit overwhelmed with the lack of color aligned closets and everything having a particular place the longer I’ve been in WI.

I also realized this is the longest I’ve lived in one space since I lived in the home I grew up in. Twelve years; it kind of gives me a mini panic attack thinking that. Then I calculate that the last 8 have been only half of the year...so technically this peripatetic loving individual has had 6 years of one home. By the way that’s my new favorite word thank you Michael J. Fox and I’m not ashamed that I needed to look it up. The dictionary always one of my best friends pre google.

So today, after 5 days of mainly bedridden I didn’t think I just acted. That is when you know it will be a decent day. The lack of thought behind each and every move. I’ve been reading Michael J Fox’s memoir and he discussed how deliberate every action is with Parkinson’s and I could relate. On bad days there are these long delays between thought and action. On very good days there is no thought; only action. Today in 9 months was one of the few non thought days I have had.

It is impossible to explain what this freedom feels like even if I still hadn’t left my room. Well now it is 6:40pm and for the past half hour I was motionless deciding if the effort was worth the reward of telling this mini story the New Year accomplishment. Prior to that my parents made dinner and I thought I was okay until I tried to eat. Eating always a tell. The first swallow I felt nauseas. This wasn’t going to work. So after my parents ate my mom had to make a second meal; simple French toast and an over medium egg for me to give a second try. It was easier; and then everything started to ache. Not pain, so grateful I’m not in pain but just hurt like I had done much more than I had. Then the stillness. Then the reality; I haven’t been lazy or not wanting to clean out my closets today is the first day I could. Never - it never feels real. 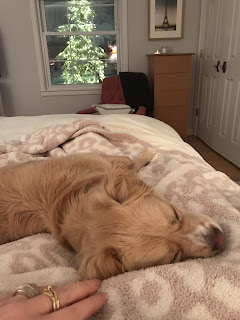 I know what I need to do now. I’ve been here before; well actually not in awhile because at least today there was a cause and effect. Stillness. Over the years I have been forced to get use to stillness. I would be proud of my yogi like abilities but it hasn’t been a choice; it’s survival. If I’m lucky tomorrow I will be cleaning out bathroom drawers. Today was a good day. Green light baby; catching it when I can.