She sat in her bed screaming in her head man oh man this can be dreadful.  The world she once knew no longer resembles the view she once so meticulously treasured.  A sweet aging dog wonders what has gone wrong will we ever get better?

The stories she is told by strangers unmoored by her vacant displeasure.  Do you fail to comprehend the depths of my dread and struggle to keep it together?  So forgive me but please stop telling me your displease with nonsense and trivial matters.

Oh to be just a mere twenty-three; oblivious and free of the future endeavor.  I try as I might to be sugar and spice but some days the weight takes all my strength and my patience is no longer tethered. The map I had drawn for a path til my dawn is unrecognizable and no longer of matter.

I once was a girl who had many many curls yet the one that remains is quite horrid.  I try as I might to tackle and fight but this curl keeps falling hard on my forehead.  I can still feel that little girl dancing a twirl on the green green grass of summer.  I beg her not to go, I miss her so has she disappeared forever?  No.  She is there, that is for sure, so be brave don't deter;  tomorrow she may be the one to save you.
Posted by hkd at 2:11 PM No comments: 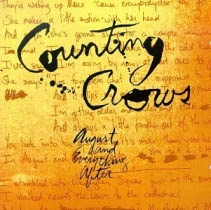 A long December and there's reason to believe
Maybe this year will be better than the last
Adam Duritz. Counting Crows


It's been awhile.  This has been a long winter...hell it's been a long decade but this winter has been too much.  So at night when I couldn't sleep for some reason I hit Amazon music app this album came up and it was never one of my all time favorites...it's not downloaded on my ipod...but it brought me back to a time when everything was much rosier.

It made me laugh a little at myself remembering my friends making fun of me when this guy had made me a mix tape...yes bring it back if there are any millennials reading...way back to the age of CD players with a combo tape player the dedication to make a mix tape is nothing to laugh about.  This album has two songs with my name in it. The one off top of my head is "lay me down in fields of Heather" which was from Rain King.  Soon as Heather would come on they would tease or rewind and play it super loud and we would all be howling laughing.   Irony not lost on me now the feel so alone and lie dying.  But it oddly soothes me...belly of a black winged bird...I bought a Raven painting when I first got to Phoenix....but anyhow I digress every time that mix tape was played in my car or at my apartment the howls of ribbing I can still feel how good that felt.  Laughing.  I really use to laugh a lot.  I never minded being teased - I am if you ask most people that know me often an easy target.  To keep with the theme of my name, my Uncle has a word for it.."Heatherisms"  For being quite smart I can say some really stupid things and can never get a common phrase, what are they called - be patient my brain hurts - umm like "water over the bridge"  I often get those all messed up...but anyways point being while playing this album even half asleep when Heather comes over his mouth somewhere no matter how bad I felt like my old self a little happier and a little sadder all at once but always safer.  Safety in the reminder of how I use to be and I'm still in here.


The long December.  I looked up as I like to do the meaning of the song and Adam Duritz wrote it after he had been visiting a good friend of his who had been careened by a car and she spent most of the winter in the hospital.  He was making the album and going to and from the hospital and at the end as he said as many of the songs  in the album things may not turn out great, but they may just be better than the last and that's hope. And that all felt quite prophetic as I read the story behind the album that has lulled me to sleep this long winter.  Interview transcript

I have a post it note in my bathroom in WI and it says with a bad drawing of a square dog; no idea why that was my doodle and can't now remember if it was mine or my niece had drawn it and I grabbed the paper.  It reads "remember it will pass. Dec 15th 4pm - 6pm"  That is my life; reminders that for those two hours it I felt really good and I needed that post it in the bathroom drawer that no matter how bad things seem or difficult there is some good in every day and some days like December 15, 2017 there were two hours good enough to make notes on a post it.

On a side note, I want to say I've never thought I deserved more...people have said that to me being very kind that I don't deserve this.  I find it an interesting choice of words and perhaps another entire blog.  We all deserve many things - respect and kindness and patience and understanding.  A little empathy and to forgive and be forgiven.  If I don't deserve this illness there is a line in front of me so much longer than I can see of so many that don't deserve the dish they have been served, but it's the dish you get.  I also believe I just did a Heatherism...isn't there one about a dish best served cold? What the hell I'm exhausted and not going to look it up and running on about no battery power myself and computer.
To conclude, deserve to me conjures up good vs bad right vs wrong.  This is just genetics plain and simple if you ask me.  thanks for reading. it was a long ass December and I'm trying to come out of hibernation.  This was a step.
Posted by hkd at 9:17 PM No comments: