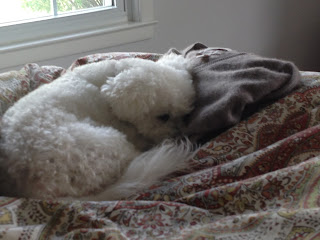 I think about Sophie curled up at the end of my bed or on her pillow next to my pillow and think she isn't thinking is this good enough.  Yet, it is all I need.  So maybe I can learn a few lessons that good enough is often all any of us need.
Posted by hkd at 11:32 AM